Texas Will Contests and Trust Contests

Shutt Law Firm has represented many clients with Texas Will Contest court cases, both in contesting wills and in defending wills.  “Contesting a will” involves a lawsuit that attacks the validity of a last will and testament in probate court.

Our law office has a successful track record with estate litigation in court and in mediation.  If you plan to contest a will in Texas, to contest a trust, or to defend the validity of a will or trust, your probate attorney will likely introduce you to the most common ways of contesting a will in Texas.

This page lists some of the most common Texas Will Contest legal arguments. 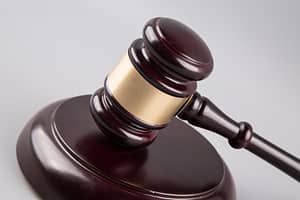 In order for a will to be valid in Texas, the person signing the will (called the “testator”) must have the appropriate soundness of mind.  A sound mind, for the purposes of a will contest, means that the testator had “testamentary capacity” at the time the will was signed.  In short, a Last Will and Testament in Texas may be invalid if the testator lacked the mental capacity:

If the testator’s mind was unduly influenced by another person, the Last Will and Testament can be contested on the basis of undue influence.  Under Texas law, undue influence occurs when the testator’s mind was inappropriately affected by another person at the time of the will signing.  It is improper to force or coerce someone into signing a will, especially if the will-signer had a weakened mind.

While lack of mental capacity, improper execution, and undue influence are the most common ways to contest a will in Texas, courts have recognized other ways of attacking the validity of a will.  However, it is less common to win in court when contesting a will in Texas on the basis of duress, fraud, or tortious interference with inheritance rights.  As a result, these legal arguments are less common.

WANT TO TALK WITH A LAWYER?

YOU CAN ALSO BOOK A FREE CONSULTATION ON OUR CALENDAR.